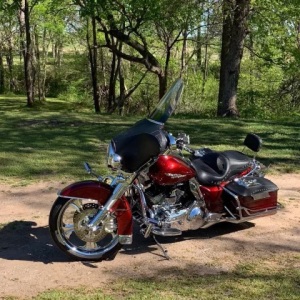 Lynetta Jones, loving mother, grandmother, great grandmother, sister, and friend, passed away peacefully on December 7, 2021, in Enid, Oklahoma, surrounded by her family at the age of 59. Lynetta was born September 27, 1962, in Ponca City, Oklahoma, to Edna Mae Spears; she was the only child. She was raised in Tonkawa, Oklahoma, where she attended high school. Some of her favorite childhood memories were made with her grandparents, whether traveling with them or working with them when they owned the Stuckey stores. She loved her time spent with them.

Lynetta married her first husband and started her life at the young age of 16.  She later divorced and remarried twice. Life did not go the way she had expected or planned, nor was it easy, but she fought hard and kept going. Though she had many trials and tribulations throughout her life, she always put one foot in front of the other and taught her children to do the same. She always remained humble and always made the best with what she had.

Lynetta was the proud mother of 8 children. Growing up as an only child, a big family was something that she had always dreamed of having. She said that she always wanted to have several children to ensure that they would always have someone. It was extremely important to her to have several children so that they could have each other in any situation. To have each other to lean on during the difficult times, cheer each other on in the good times, love and support one another, hold one another accountable when needed, and ensure they would never be alone. That is precisely what she did.

In 1993 she moved her family to Ponca City, Oklahoma. As a single mother, Lynetta did various types of work throughout the years to provide for her children the best she could, typically working jobs that allowed her to be with her children as much as she could and still make a living. In 1997 she decided to open her own floral business, Magic Memories, in Ponca City. She soon became known to many locally as the “Flower Lady.” In 2001 Lynetta relocated to Enid, OK, where she has since resided.

Lynetta loved animals. Most of all, she loved her dogs. She always had more dogs than she needed and loved them as if they were her kids (sometimes maybe more). She could never eat a meal without sharing something with them, and you could never have a conversation with her without her bringing them up. Lynetta loved to travel. Spending time with Carliss and traveling on the motorcycle were some of the best times of her life. She loved her time with him and treasured her time on the bike taking trips and seeing all the beautiful places with the man she loved. She loved spending time with her children, grandchildren, and great-grandchildren. She loved big family gatherings, and you could bet she should ALWAYS have a camera close by.

Lynetta is survived by and will be missed sorely by her long time companion and best friend, Carliss Straw of Protection, KS; her children: Chrystal McQuerry, Lacey and Brian Epperson, Matthew Jones, and Chase Jones, all of Ponca City; Joshua Jones, Dakota, and Brooke Jones all of Enid, and Amber Voelzke of Medford. Her grandchildren: Makayla Howard, Mason McQuerry, Tanner Epperson, Allie Epperson, Carson Epperson, Hallie Jones, Emmalyn Jones, Aspyn Jones, Silas Jones all of Ponca City; Katelyn and Frank Baker, Haley Voelzke, Hunter Voelzke, Braylee Jones, Rosslyn Jones, all of Enid; Brianna and Trenton Sisney of Medford; her great-grandchildren include: Mattie, Jax, Emre, Maggie, Reece, and Baby girl Sisney; Sisters Sherron Heidlage and Jennifer Walenciak of Ponca City; as well as numerous nephews, and friends that she cherished and considered as her kids, grandkids, and family just as her own. She was “Mom” or “Nana” to many.

She has been reunited with her late husband Timothy Jones, child: baby boy Jones, mother: Edna Mae Spears, grandparents: Ronald and Edith Mulkey, best friend: Carrie Lanier, as well as multiple fur babies, and numerous other family friends that she has missed over the years.

To send flowers to the family or plant a tree in memory of Lynetta Jones, please visit our floral store.


Video is available for this event