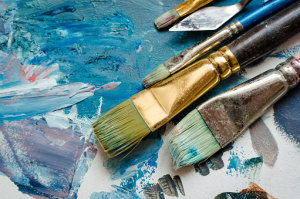 Howard Ellsworth Todome, Jr. entered into his heavenly home on Sunday, November 6, 2022, at the age of 64 in Tulsa, OK.

Jr. was born on April 20, 1958, to Howard Ellsworth Todome, Sr. and Myra (Yellowfish) Burgess in Butte, Montana.  He was raised in Lawrence, Kansas.

He graduated from Riverside Indian School, excelling in both artwork and athletics.  He was the leader and captain of his high school football team, and also won numerous art awards.  Setting his sights on art, he attended and graduated from the Institute of American Indian Arts in Santa Fe, NM with an Associate Degree in Studio Arts. His preferred art medium was acrylics and oil.  He was an accomplished artist including beadwork resulting in requests throughout Indian Country for his unique designs, and received many awards for his artwork and beadwork. Jr. was  employed by American Airlines in Tulsa for many years until his early retirement.

He was half Kiowa and half Comanche and a citizen of the Comanche Tribe of Oklahoma. In the early 1980’s, he became a member of the MGM drum group with his brother Jim (Tuba) Todome.  He was also an accomplished southern fancy dancer, grass dancer and southern traditional dancer for over 50 years.  He was an avid fan of the Kansas City Chiefs and OU football.

Jr. met the love of his life, Salina No Ear, and they were married on May 21, 1983.  He is survived by his beloved wife of 39 years, Salina, and their two sons, Terrance Todome of Miami, OK and Audie Todome of Tahlequah, OK whom he was very proud of.

On his Kiowa side, his grandparents were James Todome and Kate Horse (Kaw-Boat), and his great-grandparents old man Hunting Horse (Tsa-Toke) and wife Peatomah.

To send flowers to the family, please visit our floral store.